While some of us have been enjoying the weather recently, torrential rain has caused flash floods in Raub and other towns in Pahang. More than 2,000 people have been displaced, forcing them to seek shelter in temporary relief centres.

As a way to provide sorely needed assistance, GiveBACk.my, an offshoot of the Make It Right Movement, organised a fundraiser to raise money to purchase supplies and provide . With Rm11,315.00 raised thus far, the team set off on their mission to deliver the first batch of supplies in aid of the flood victims in Raub, navigating heavily flooded roads with the aid of the trust BAC-mobile and IACT-mobile.

Beginning on Tuesday evening, the team began collecting the  supplies from grocery stores. Food items such as bread biscuits, instant noodles, mineral water, and other necessities such as diapers and sanitary napkins were bought in bulk and prepped for delivery. 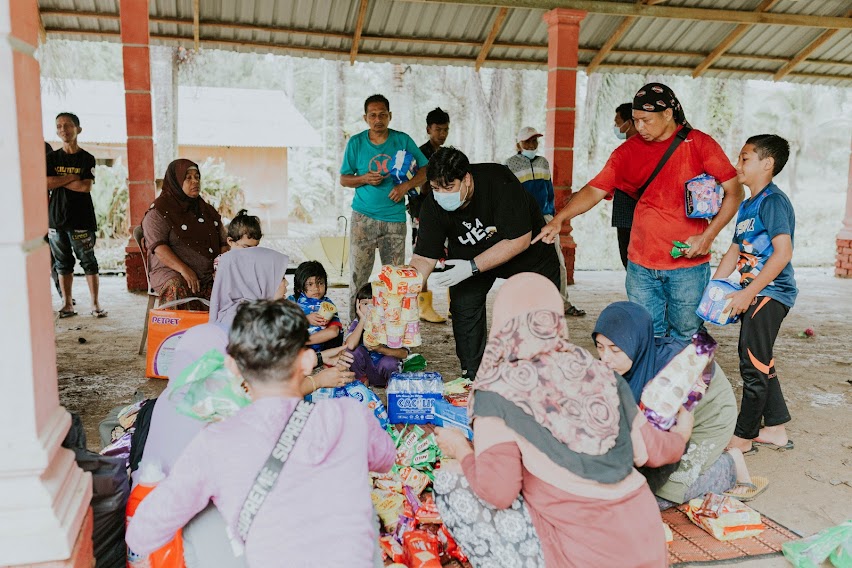 The team proceeded to get an early start on Wednesday morning, leaving for Raub at 8.00 a.m. With their vehicles filled with supplies, the convoy then made their way to the affected areas. With the first batch of supplies, the GiveBACk Team managed to deliver supplies to a total of 5 areas ; Kampung Ulu Jeruas, Jeram Besu, Kampung Tersan, Kampung Tersang and Kampung Kuda Semantan. They received assistance in identifying the villages and areas in dire need from Mr. Rashid, a representative from the Raub MP’s office, as well as Mr. Khairul, the Raub District Officer .

As they travelled through the area, the GiveBACk team was horrified by the devastation wreaked by the floodwaters; homes were filled with mud carried over by the flooding, with floods reaching the window level in some areas. Other villages were completely submerged, with homes completely ruined by water and sludge. Home essentials such as furniture, clothes and kitchen equipment were completely wrecked, with some of the victims left with only the clothes on their backs. A family in Kampung Tersang (pictured below) were left with no food for nearly two days.

The villagers expressed dismay at the state of their homes and belongings, with most remarking that they had no idea where to begin in setting right the damage caused by the floods. Despite the chaotic circumstances, however, they were mostly calm and collected, expressing their appreciation for the help offered. When asked if there was anything else that was urgently needed, the villagers merely sent appeals for food and basic kitchen utensils and necessities.

Hope and generosity are true beacons in dark times, and the villagers proved this to the GiveBACk volunteers- despite having lost nearly everything, the team members were invited to lunch at multiple homes, with one family insisting that they at least have some jackfruit, if not lunch. Their kindness and fortitude in the face of such disaster was proof that “the brave may fall, but never yield.” 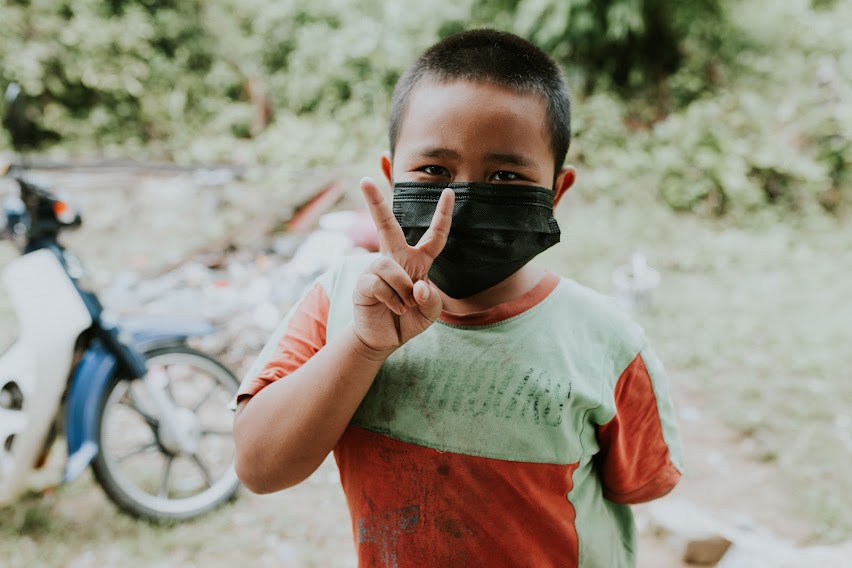 While the supplies did offer some relief to the flood victims, it became evident that this was a temporary measure in resolving a much larger issue. As such, GiveBACk.my now aims to organise a second fundraiser on a larger scale to provide further assistance to the villagers.

Want to help? Visit GiveBACk.my to donate or volunteer!